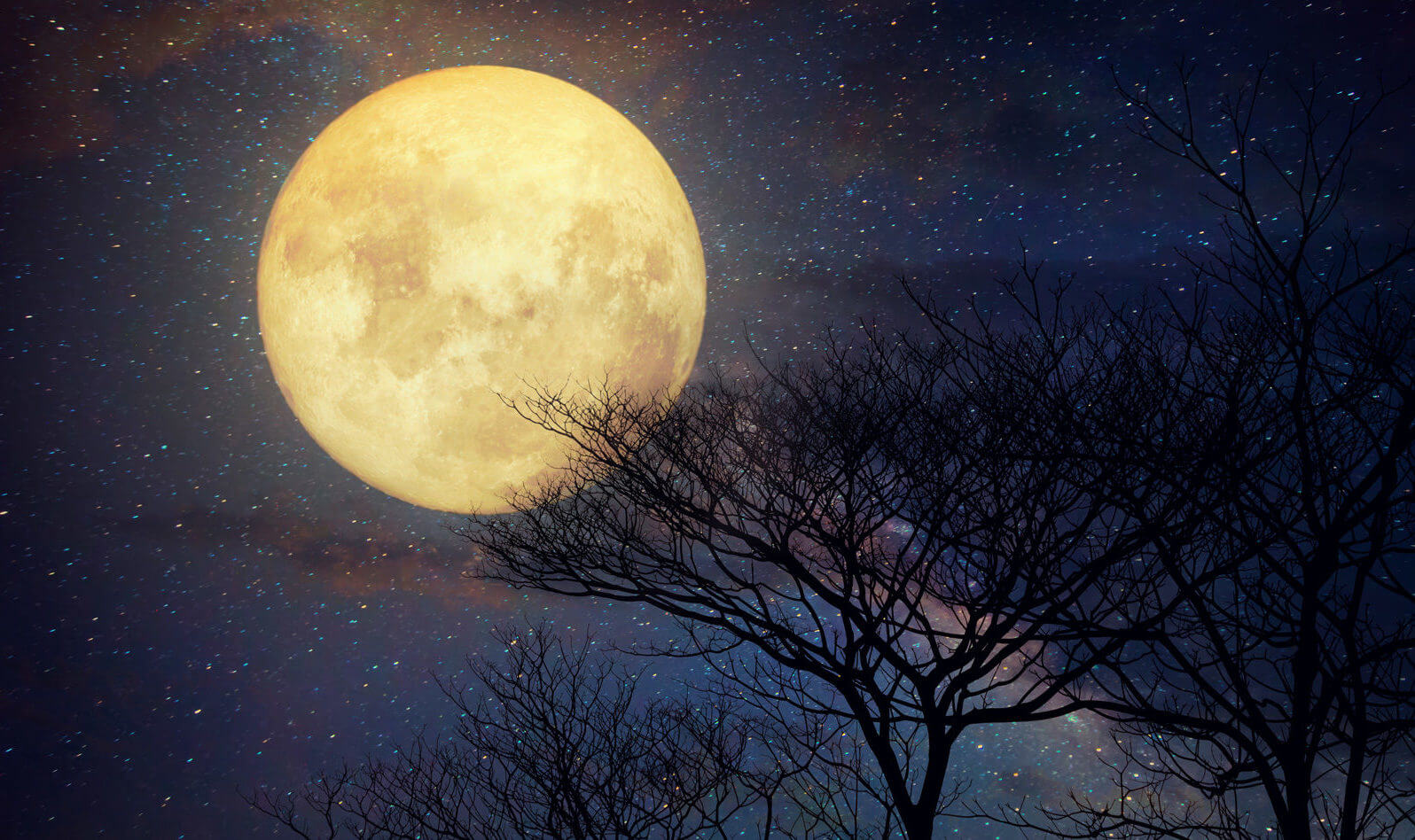 Exodus 31:12 ¶And the LORD spake unto Moses, saying,
13 Speak thou also unto the children of Israel, saying, Verily my sabbaths ye shall keep: for it is a sign between me and you throughout your generations; that ye may know that I am the LORD that doth sanctify you.
14 Ye shall keep the sabbath therefore; for it is holy unto you: every one that defileth it shall surely be put to death: for whosoever doeth any work therein, that soul shall be cut off from among his people.
15 Six days may work be done; but in the seventh is the sabbath of rest, holy to the LORD: whosoever doeth any work in the sabbath day, he shall surely be put to death.
16 Wherefore the children of Israel shall keep the sabbath, to observe the sabbath throughout their generations, for a perpetual covenant.
17 It is a sign between me and the children of Israel for ever: for in six days the LORD made heaven and earth, and on the seventh day he rested, and was refreshed.
18 And he gave unto Moses, when he had made an end of communing with him upon mount Sinai, two tables of testimony, tables of stone, written with the finger of God.

Comments: This statement is made after the children of Israel came out of Egypt. God stated that the Sabbath would be kept by them as a perpetual covenant, and that it would be a sign between God and the children of Israel for ever. The lunar sabbatarians teach that the Jews lost sight of the “real” Sabbath and have never returned to keeping it as God intended ever since. If that were true, then God would be a liar and there has been no “perpetual covenant” and no “sign” between God and Israel throughout their generations. On the contrary, the Jews have kept the Sabbath throughout their generations, just as God said they would. As a result, in spite of the fact that they rejected Christ, their strict observance of the Sabbath has been a sign of God’s covenant, in full view of the entire world, throughout history.

The week is thus a reminder of God’s six-day work of creation and the Sabbath is a reminder of God’s enjoyment and loving interaction with us, initiated on the original seventh day and continued ever since as a memorial of it. What, then, could “non-days” possibly represent? Considering the points above, the use of non-days stems from a turning away from true Sabbath observance and is nothing more than a denial of God’s Word.

The idea and use of non-days is simply nonsense. They have no meaning and teach us no truth. They are used by lunar sabbatarians with no Scriptural authority in order to solve the problem of an imperfect pattern of Sabbath observance in relation to the moon’s cycle around the earth. The use of non-days interrupt the pattern of the week that God set in motion at creation, which is not dependent on any celestial body, but rather dependent on God’s authority and design alone. The Sabbath points us to the Creator and not the creation (i.e. the moon or anything else). The Sabbath is unique and set apart from all other measurements of time because it points us only to the One who made it.

Hebrews 4:4 For he spake in a certain place of the seventh day on this wise, And God did rest the seventh day from all his works.
…
8 For if Jesus had given them rest, then would he not afterward have spoken of another day.
9 There remaineth therefore a rest to the people of God.
10 For he that is entered into his rest, he also hath ceased from his own works, as God did from his.
11 ¶Let us labour therefore to enter into that rest, lest any man fall after the same example of unbelief.

Comments: This is simple enough to understand. Again, if Jesus were keeping the Sabbath on a different day than the Jews were keeping it, then He would have corrected them. But, these verses not only show that Jesus did not change the Sabbath nor correct anyone for not observing it on the proper day, but it also implies that the Sabbath is a memorial of creation, and creation is where it began. The Sabbath that Jesus and the Jews kept was consistent with the first Sabbath at creation.

I have heard Lunar sabbatarians claim that Jesus kept the true Sabbath while on earth, but the Jews were not keeping the right day. They state that Jesus kept the lunar Sabbath, but the Jews, by that time, were observing the “pagan” calendar and had lost sight of the real Sabbath. Is this view supported in Scripture? Well, if this idea were true, then we would see Jesus observing the Sabbath at different times than the Jews observed it. But, is that what we see? No, not at all…

Matthew 12:10 And, behold, there was a man which had his hand withered. And they asked him, saying, Is it lawful to heal on the sabbath days? that they might accuse him.
11 And he said unto them, What man shall there be among you, that shall have one sheep, and if it fall into a pit on the sabbath day, will he not lay hold on it, and lift it out?
12 How much then is a man better than a sheep? Wherefore it is lawful to do well on the sabbath days.
13 Then saith he to the man, Stretch forth thine hand. And he stretched it forth; and it was restored whole, like as the other.
14 ¶Then the Pharisees went out, and held a council against him, how they might destroy him.

Luke 6:6 And it came to pass also on another sabbath, that he entered into the synagogue and taught: and there was a man whose right hand was withered.
7 And the scribes and Pharisees watched him, whether he would heal on the sabbath day; that they might find an accusation against him.
8 But he knew their thoughts, and said to the man which had the withered hand, Rise up, and stand forth in the midst. And he arose and stood forth.
9 Then said Jesus unto them, I will ask you one thing; Is it lawful on the sabbath days to do good, or to do evil? to save life, or to destroy it?
10 And looking round about upon them all, he said unto the man, Stretch forth thy hand. And he did so: and his hand was restored whole as the other.
11 And they were filled with madness; and communed one with another what they might do to Jesus.

Luke 6:1 ¶And it came to pass on the second sabbath after the first, that he went through the corn fields; and his disciples plucked the ears of corn, and did eat, rubbing them in their hands.
2 And certain of the Pharisees said unto them, Why do ye that which is not lawful to do on the sabbath days?
3 And Jesus answering them said, Have ye not read so much as this, what David did, when himself was an hungred, and they which were with him;
4 How he went into the house of God, and did take and eat the shewbread, and gave also to them that were with him; which it is not lawful to eat but for the priests alone?
5 And he said unto them, That the Son of man is Lord also of the sabbath.

Comments: This account is just before the previously-mentioned story. Again, the same principle applies – Jesus is keeping the Sabbath on the same day that the Jews were. There is no disagreement between them as to what day is the Sabbath. The only disagreement they have involves what is lawful to do on the Sabbath and what is not.

In Jesus’ Prophetic Words, He was Silent Re: any Change to the Sabbath:

Matthew 24:16 Then let them which be in Judaea flee into the mountains:
17 Let him which is on the housetop not come down to take any thing out of his house:
18 Neither let him which is in the field return back to take his clothes.
19 And woe unto them that are with child, and to them that give suck in those days!
20 But pray ye that your flight be not in the winter, neither on the sabbath day: 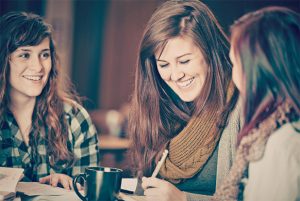 ​Thank you for subscribing with ​PTH Ministries

PTH Ministries, a bible based ministry of Preaching, Teaching and Healing.
Read More

“All scripture is given by inspiration of God, and is profitable for doctrine, for reproof, for correction, for instruction in righteousness:” 2 Tim 3:16